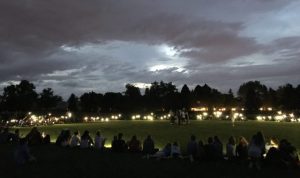 Schools have just started in the Northern hemisphere, and the reports of students suicides are already coming in, including a nine year old student in Denver, CO USA. Suicide Rates have risen in Colorado 34% since 1999 and are at an all time high, according to the Colorado Health Institute. 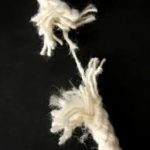 Worldwide, 800,000 people die by suicide every year, according to the World Health Organization. Last year, three Denver area teens ended their lives by suicide in the first few weeks of the school year. Two of them were in Littleton, where I live and work.

One of them has been described to me by those who knew him as a CASIGY – a Creative, Acutely Aware, Super-Sensitive, and Gifted You.

This drives home the need to get real about suicide in CASIGYs. That’s exactly what we’re doing in my FREE Webinar, recorded just on year ago:  Suicide Prevention for Creative Highly Sensitive or Gifted Teens. We also welcome their parents and educators.

If you’ve ever been concerned about suicide for yourself or for a creative, sensitive or gifted teen or adult you know, this is for you.

In this webinar, my goal is to equip adults and parents, teachers and creative, sensitive and gifted teens to Prevent Suicide!

Here’s what I talk about in this FREE Webinar:

I’ll also reveal what I’ve learned through the years from working with my CASIGY (creative, highly sensitive or gifted) clients – children, teens and adults, and countless conversations we have had about their mixed feelings about living and staying on this planet.

In this Webinar, I’ll impart what I learned when I worked in a local Psychiatric Hospital, talking with people who had been admitted because of their suicidal thoughts, plans and attempts. I’ll disclose what I’ve learned working in Intensive Care Units of Medical Hospitals, talking with people who survived their suicide attempts … and the families of those who didn’t survive.

This webinar will not include a sales pitch for anything. There is nothing to buy, only urgently important information for you, your friends and family on how to understand suicide, and how to prevent it.

You can watch this recorded Webinar at your convenience. Enter your info below for Instant Access.

Compassion begins with the acceptance of what is most human in ourselves, what is most capable of suffering. In attending to our own capacity to suffer, we can uncover a simple and profound connection between our own vulnerability and the vulnerability in all others. Experiencing this allows us to find an instinctive kindness toward life which is the foundation of all compassion and genuine service.

I like how you shared how the experience of negative emotions is essential for Advanced Development. Attendee, CAGT 2016

She comes across so knowledgeable, caring and I am so happy to have her working with my daughter! She made my daughter feel so comfortable and cared for and is happy to go back and learn all she can from Sharon.

I’m happy about Sharon’s ability to connect with my 17 year old highly sensitive daughter! She was excited to get to go again!

I liked how you walked through the gifted characteristics in a new way. JP

I loved your practical, therapeutic ideas, and the science behind them. NH, GT educator. SENG Conference 2015.

“Since using the Personal Power Pyramid almost very day, we’re recognizing our limits in time to honor them, instead or running right over them like we used to do. This helps us in so many ways.” Mom of 10 year old gifted girl.

We’re ALL using the ACES tools almost every day in some way. It helps our intense family members all be more peaceful and take challenges in stride much better than we used to. Mom of 7 & 9 year old highly sensitive boys.

Thank you for helping my son. Because of you he knows that ADD is an actual condition and he is not just lazy.  I hear forward motion in his voice and see the movement in his activities. I have been praying for help with him for a long time and felt drawn to your name. I don’t believe in coincidences I call them God-incidences. You have my gratitude.

Thank you for helping my son