Ten year old Aiden (not his real name) dissolves in a puddle of tears. Once he has calmed down and can 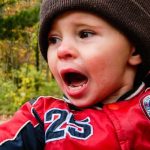 actually talk about it, you discover that he has no idea why he feels sad. No, he is not hurt physically.  No, no one said or did anything that hurt his feelings. No, he is not afraid or scared about anything. You -and he- remain puzzled. As a parent, what do you do? And what is going on here?

It can be very troubling, even disturbing to feel other people’s pain, sadness, fear, anger; even their happiness.

When this phenomenon of feeling emotions that are not your own happens to you, and you don’t know it’s happening, you may be unpredictably overtaken by what seems like random emotion. You may be happy or calm, and suddenly find yourself crying, feeling extremely sad, angry or fearful without having any clue as to what is going on in your life that may be connected to this emotion. Or your Empath child may be even MORE emotionally upset than usual, and emotionally sensitive children can be in a state of emotional distress much more often than other children are. When this happens over and over, it can contribute to thinking we, or our children must be unstable, unbalanced or even crazy. Or these or similar labels may get put on us or our children by others.

This phenomenon of feeling emotions that are not your own can take at least two different forms. One is when Person “A” suddenly starts feeling an emotion that has no seeming connection to their own life, and (if they are lucky) they later discover that it belong to Person “B”. My introduction to this was one day many years ago when my husband Gary came home and told me about an experience he had had that day. He was sitting in his car stopped at a traffic light. He suddenly felt a wave of deep sadness come over him. He wasn’t thinking about anything that would fit that emotion, and he had not recently experienced anything that fit it either. He looked to his right, and in the car next to his was a woman who had tears streaming down her face. Gary realized with awe that he was feeling HER sadness. This kind of thing continues to happen to him every now and then. People with this ability do not even need to know anything about another person in order to feel their emotions; they just need to be in close proximity to them.

Another form this feeling emotions that are not your own can take is within a family, classroom or close- knit work group. When one or more

person(s) in the family or group do not feel their own emotions, those emotions seem to metaphorically occupy the air space around them. A CASIGY with super-high emotional sensitivity or what may also be known as Emotional Overexcitability may feel these emotions that are floating around in the airspace. Bumping into these emotions can be very distressing for the person with high emotional sensitivity or overexcitability,  that is, the Empath. They may energetically pick up this emotion and carry it themselves, without knowing that they are ‘doing’ anything. They often find that it is easier for them to pick up this emotion and carry it as if it were their own than to have it floating in the airspace and randomly bump into it. Picking it up and carrying it as if it were their own creates more predictability and order in their environment so that it is easier to deal with….at least in the beginning. After a while, however, it’s a heavy burden to carry, and extracts a big price from the person who carries it. 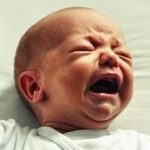 In addition, the person who feels emotions that are not their own (the Empath) and who carries this emotion needs to do something with it – express it, seek relief for it. When they do, nothing rings true.  Their expression of this emotion often doesn’t have emotional congruence because these emotions do not belong to them.  This person may then get labeled as “the too-sensitive-one”,  “the over-emotional one”, AKA “the Drama King or Queen.”  Others may also unconsciously begin to expect that the Empath will always pick up ALL of everyone’s emotions and carry them. Thus it can become a terrible, repetitive, vicious cycle.

What can an Empath do who finds themselves in this cycle?

Every Empath I have met, is also the kind of person who internalizes things, and who may feel responsible for things that they cannot possibly be responsible for. Therefore I am going to proceed under the premise that this is typically how it is. If you know of the other scenario, please reach out to me and let me know, and we can explore that together.

It’s not always easy to know who an emotion belongs to. We all live in postmodern culture in which the 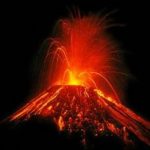 unspoken rule is that we are not supposed to have any emotions at all. So we have all been trained from birth not to feel our own emotions. We are well schooled in fending off, damming up or squelching our emotions. This pushes our emotions into our bodies or into the airspace around each of u. It also breeds an internal build-up of emotional energy that can be like a volcano that builds up magma and then eventually erupts in uncontrolled ways. That kind of emotional “release” contains such a conglomeration of emotion that it can be very difficult to tell what each emotion is and which emotion belongs to whom.

So how can we prevent this catastrophic overflow of emotion?

When we are feeling an emotion, Empaths and super-emotionally sensitive people can ask ourselves, “Is this emotion mine?” If not, whose is it? Then we need to listen to the inner answer that shows up in response to these questions. The answer may come in the form of an inner feeling, a picture in our mind’s eye, or a quiet inner voice. Whichever way it shows up, we need to pay close attention, believe it and honor it – especially the first thing that shows up, before our Inner Critic or Inner Editor has a chance to get involved. In addition to that, instead of fending off, damning up or squelching our emotions, we can begin to allow ourselves to feel them and then to get them flowing through us.

When we have a child who is an Empath, that makes it crucial for us as parents to not leave any of our own emotions floating in the airspace around us. We need to make sure that we feel all of our own emotions and get them flowing through us in constructive ways, so that this sensitive, Empath child has only his own emotions to deal with, not ours as well.

Rather than recreate here what I have written previously about how to learn how to feel our own emotions and express them constructively, I will refer you to some of my previous blog posts, as listed below. You can find even more by using the Search function on the Right Sidebar.

For HSP & GT Youth: Do Intense Emotions Mean I have a Mental Disorder?

How to Help Your Creative, Sensitive or Gifted Kids Weather Emotional Storms

Uncertainty and mystery rather than predictability are the driving forces of artistic transformation.