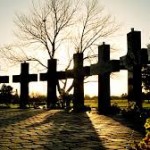 of the Columbine  Shooting.

During the day of what became known as the Columbine Massacre, everyone was (of course) focused on how to deal with the crisis at hand. The real work of healing started the day after. Today is the anniversary of this day of mourning and of the the beginning of the healing.

While everyone is affected by trauma and tragedy, CASIGYs™ (Creative, Acutely Aware, Super-Sensitive, Intense, and/or Gifted You-s) are more deeply impacted by it than are “normal” folk. CASIGYs™’ acute awareness combined with their Central Nervous System’ greater perceptivity and reactivity make for great intensity in what happens in the body and psyche of a CASIGY™. Trauma rewires the brain for anyone, and not in a good way. Post-Traumatic Stress Disorder comes when the brain is rewired to a significant enough extent to interfere with its normal functioning on an ongoing basis. Healing consists partially in rewiring the brain back to a more normal state. It also consists of healing the emotional wounds and rebuilding the ability to trust, including trust of Life itself.

My husband and I, along with our teenagers, moved into the Columbine neighborhood six weeks before this the Columbine Shooting. Columbine High School lay between our home and our office. We were daily surrounded by the aftermath for months to come. Sixteen years ago today, I awoke about 3:30 in the morning, overwhelmed by the events of the previous day and unable to sleep. One of the tools I have learned to cope with such times is to not stay in bed awake, but to get up….and write.

Write I did. It was one of those rare times when it seemed that my hands were taking dictation. What emerged was a description of the effects of trauma, and a path of healing. The act of writing it helped me remind myself of what had happened in the psyches of those involved in the tragedy, and also in the psyches of everyone who had watched its continuous replays in the news. It also helped me to reconnect with the tasks ahead of me as a healer in my community. I shared what I wrote with a few folks, and the feedback I received was that this information was helpful to them as well.

Over the years, I have updated this ariticle, and as I developed a specialty in working with CASIGYs™, I have adapted it to their unique needs. This version was eventually published in the SENG (Social and Emotional Needs of the Gifted)  email newsletter. It is not unusual for a creative, highly sensitive and/or gifted child, teen or adult to become much more traumatized by the same situation, whether it is personally or vicariously experienced than their less sensitive, less creative, less intelligent counterparts.    If you’d like to read more about this as well as about how to heal from trauma exposure, you can find the full article here, in the archives of the SENG newsletter.

And if you’d like to watch the recording of my recent Webinar based on the same material, you can find it here.

Listening to you helps me feel less like a misfit myself! AK, teacher. CAGT conference 2013

I like how you teach a strong reflective process for emotional stiumuli. Attendee CAGT 2016

Very informative gifted trauma seminar. Great flow to your presentation. by AT, teacher.

I like how you included Dabrowski’s theory of Positive Disintegration to show how negative emotions are essential for advanced development. Attendee CAGT 2016

I like all the tools in the CASIGY toolbox. Thanks for sharing them with us! Attendee CAGT 2016