Adversity is something everyone faces at some time in their life. Adversity often has a greater impact on CASIGYs™ (Creative, Acutely Aware, Super-Sensitive, Intense and/or Gifted You-s) than it does on neurotypical people. So, for the CASIGYs™ in your life,  here’s How to Ride Out Life’s Tough Times: Hang Loose in the Washing Machine!

Several years ago, I was helping one of my counseling clients learn how to cope with overwhelming 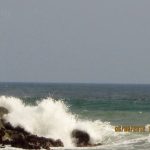 emotions connected to the adversity he was going through. As we discussed this, I mentally searched for a better way to help him. Suddenly a picture popped into my head: ocean waves. This was quickly followed by the awareness that emotions are much like ocean waves.

Sometimes life can seem like the experience of a surfer caught in the “washing machine”, a phenomenon in which you get caught in wave after wave and can have trouble even coming up for air. My brother Glenn lived in Hawaii for several years and became a surfer while he lived there. He tells me that in surfing, 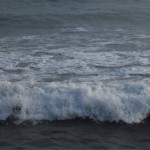 the “washing machine” is where the waves are breaking and you get caught in it – and it keeps pulling you under and pounding you, over and over and over.

Glenn also says that when you are in the washing machine, what you need to do is to relax, take a breath when the wave brings you back up, and don’t fight it when the wave set takes you down again. He says that there is no way to know how many waves there will be in teach set.

You can know that there will be enough time to get one or two breaths each time you come up. If you relax and don’t panic and don’t dissipate your energy unnecessarily, you can hang in there until the wave set is done, and you will come out of the washing machine okay.

My husband Gary adds that you’ll also come out of the washing machine with a great story to tell.

So to recap,  here’s how to ride out life’s tough times: hang loose in the washing machine:

• Remember that life has its “washing machines” too.
• Coping with life’s washing machine is the same as coping with the ocean’s washing machine.
• Relax, take a breath or two each time the wave brings you up.
• Don’t fight it when life’s wave takes you down.
• Release any panic that shows up ASAP; panic will dissipate your energy. (HOW to do that? use Catch and Release) 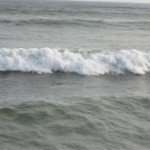 Do you have a story to share of hanging loose through life’s washing machine? You can share your story to encourage other CASIGYs in the comment section below.

The 5 G’s are great. I also liked your many analogies. I want to learn more about how symptoms can be a sign to grow and develop and also how to recognize and appropriately express emotions. Attendee CAGT 2016

Thank you again for everything you have done for both my son and myself! He has been coming home happier than I have seen him in years, and more willing to share about his day at school than ever before. He is setting his alarm clock without reminders, taking showers without reminders, making his lunch, and seeking teachers for clarification of assignments!!!! When I tried to remind him about something last week, he said, “If you want me to be independent, let me be independent and figure it out… END_OF_DOCUMENT_TOKEN_TO_BE_REPLACED

I like how you showed us that gifted students have a more perceptive and more reactive central nervous system – that it’s faster, stronger, more intense. Attendee CAGT 2016

Gifted students have a different CNS

Few people are artists in life; …the art of life is the most distinguished and rarest of all the arts.